Diamonds in the Ruff

There is always a moment of disorder when something new is created and our brain neurons have to connect new paths. But if we all stretch a little, perhaps we can transform these risks into possibilities for all of us. If we look in history’s rearview mirror, good things have generally come out of change. –Tilde Bjorfors

Adriaen Van Der Donk and Peter Stuyvesant were invaluable ingredients in the formation of New York (formerly known as New Amsterdam). Like polar magnets, their visions and actions were the forces that kept things together in the Dutch colony. In their absence the English might have taken New York (Amsterdam) much sooner than they did. Religious freedoms, liberal traditions, and the cosmopolitan culture that formed around their bitter rivalry are testaments to this.

Diamonds in the Ruff

Stuyvesant’s relentless nature is what ensured “roads, schools, and basic infrastructure was developed, including a market, hospital, pier and post office”. His dictatorial-style leadership spawned strong countermovements. These forces helped Dutch customs survive through English rule, particularly because of the seeds sown by Adriaen Van der Donk. While he was the colony’s first and only legal representative he was able to lead and prepare all protests. One of his most well known petitions was the Remonstrance of New Netherland, which outlined his position in direct contrast to Stuyvesant’s. His decade long efforts paid off when the city rose to a municipality on February 2, 1653. This was a blueprint of things to come.

Writing like a man possessed, Van der Donck pulled together all the information that he and his colleagues had collected from residents and constructed … an eighty-three-page formal complaint, which he intended to present to the governing body in The Hague and which would in time root the Manhattan colony’s structure in Dutch law and, eventually, help give New York City its unique shape and character.
— Russel Shorto

The colony’s new status came at an opportune moment as Stuyvesant’s autocratic leadership continued to tighten. His unrelenting religious standards instigated the next major protest. In 1657 when he “fined and banished a Flushing (Queens) citizen for holding a Quaker meeting in his home” the community fought back. They not only supported the outcast citizen but Quaker’s religious rights too. Empowered by Dutch protocol available to them from Adriaen’s previous petition, they drafted The Flushing Remonstrance. In it Vlissengen (Flushing) citizens demanded a right to their religious freedoms and, eventually, won them. Many believe this is where “the U.S. Constitution’s provision on freedom of religion on the Bill of Rights” was born.

The so-called Flushing Remonstrance is considered one of the foundational documents of American liberty, ancestor to the first amendment in the Bill of Rights, which guarantees that the government “shall make no laws respecting an establishment of religion, or prohibiting the free exercise thereof”. — Russel Shorto

Both of these Remonstrances (New Amsterdam’s diamonds in the ruff) were legacies that might have remained buried without Stuyvesant and Adriaen. The momentum they generated, and even the unique friction that existed between them, contributed to the flowering of equality and freedom.

Soil doesn’t always need tilling except to break up severely compacted patches to plant new seeds. Equality and freedom were thankfully transplanted values that were mixed with rich ingredients. Over time these values were distilled even further by the unique interaction of others like Stuyvesant and Adriaen. Current events are placing immense pressures on the current value-systems. The soil they were planted in is beginning to, or perhaps already has, become severely compacted, and needs tilling. With the amount of friction being generated within our nation there is ample opportunity to become engaged in the process and generate the type of energy that leads to new legacies. As Tilde Bjorfors suggests:

If we all stretch a little, perhaps we can transform these risks into possibilities for all of us.“

Posted in Government, History, Reality on May 9, 2017 and tagged with 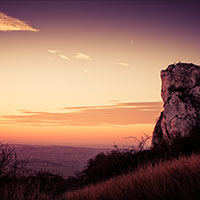